A Porsche Throttle Body in a Ferrari 360 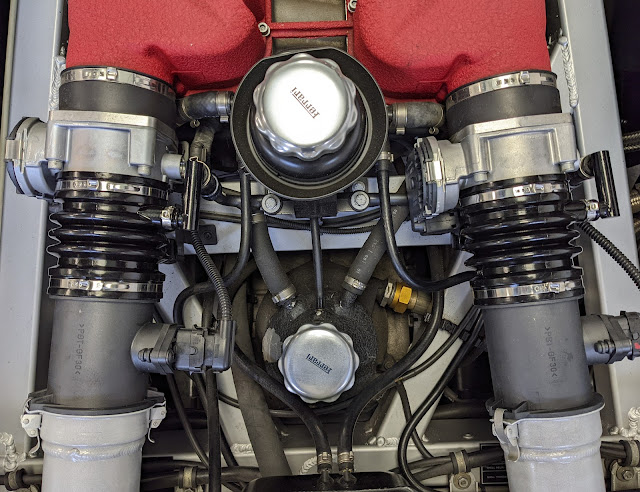 Unfortunately for 360 owners, the OEM throttle body (Ferrari 171716 aka "throttle holder", Bosch 0280750038) is no longer available at any of the normal places. If you can find one, the prices are well north of $2k each. When the throttle bodies fail, Ferrari indicates both have to be replaced with new parts and for good reasons.
To solve this problem, I created an adapter kit to allow a commonly used throttle body that's FUNCTIONALLY IDENTICAL in place of the unobtainable OEM part. This inexpensive throttle body (Bosch 0280750474) is used in dozens of Porsche models from years 1999-2016. It's a Bosch part, has the exact same mounting holes, same internal parts, same bore, and is identical except for the engine vent.
The Adapter Kit consists of two adapter sleeves and two connector pipes. The adapter sleeve moves the engine vent from the throttle body to the sleeve, allowing the use of the commonly available throttle body. It's made from an industrial thermoset urethane rubber (Shore A) and the pipe is aluminum. 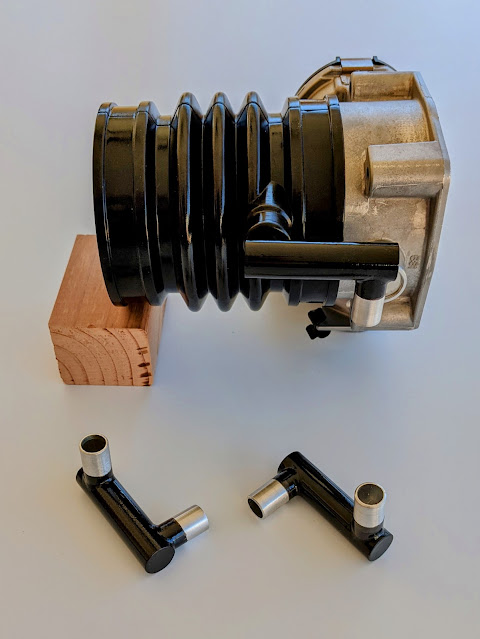 Throttle body and redwood block not included...
My OEM throttle bodies are still good but occasionally, when I haven't driven the car for two weeks and it's cold, I'd see limp mode. Turn the car off and on again and all was good. It was the start of another failure so I decided to get ahead of the curve and solve the problem once and for all. I did all the research to know it would work a while ago when I had my first throttle body failure (see Bosch Throttle Body Replacement).
I turned the battery off before installing the kit. After the change out, my car ran rough for the first few seconds, then smoothed out as the ECU educated itself. I did a standard ECU learn procedure and everything worked out great. No codes, no issues, car runs better than before.
Price: $900 for the kit, plus shipping to US only.
Ear Clamp set available with purchase: $40 - includes 4 - 7mm x 905's (adapter sleeve), 2 - 185's (adapter to pipe), and 2 - 210's (pipe to the engine vent). These are unbranded versions of the Oetiker (OET) clamps. The OET clamps for the adapter sleeve (4) are unavailable.
Throttle bodies not included. The throttle bodies can be purchased from Amazon for about $160 each.
If interested, please contact me for additional details. jcoryat@usnaviguide.com